Pastor Ben is a disciple of Jesus Christ. a husband and father, a pastor and missional thinker, and encourager and a big fan of movies and sports. He was born in Denver, Colorado and lived in the cities of Evergreen, Colorado, Santa Fe, New Mexico and also in Albuquerque.

Pastor Ben received a Bachelor of Arts degree from the University of New Mexico in May of 1995, majoring in English with a concentration in Creative Writing and minoring in Film Studies. He received a Master of Divinity degree from Concordia Seminary in May of 2007. He was one of ten students out of 165 in his graduating class during the 2006-2007 academic year at Concordia Seminary to receive the Reverend Marvin E. Kuhlmann Homiletics Endowment award for excellence in preaching. Pastor Ben and his wife Melissa have also completed the Leadership Essentials cohort of the Pastoral Leadership Institute.

Pastor Ben loves to preach and teach God’s Word, to encourage and equip God’s people and to creatively and strategically think of ways for God’s people to engage the surrounding community and culture in a post-Christian world.

Pastor Ben loves hanging out with family and friends, reading, writing, cooking, watching good movies and television shows, exercising, getting outdoors and folding origami. His favorite sports teams are the Denver Broncos, the Colorado Rockies, the St. Louis Cardinals, the Chicago Bears and the Chicago Cubs.

Mr. Mark Stapleton teaches 8th grade religion and serves as the Associate Pastor at St. John’s. He earned his Bachelor’s degree in Education from Western Illinois University.  After teaching middle school for seven years, he became a certified real estate appraiser, and still continues to work as an independent appraiser.  In 2006, he decided to enroll in the Lay Ministry program at Concordia Mequon, Wisconsin. He graduated from the program in 2010 and was installed as a Commissioned Minister of Religion at St. John’s Lutheran Church.  In 2018 after completing his colloquy program, he became ordained and was installed at St. John’s as Associate Pastor.  With his wife, he oversees the Comfort Dog ministry at St. John’s and is primary caregiver/hander for Angel. 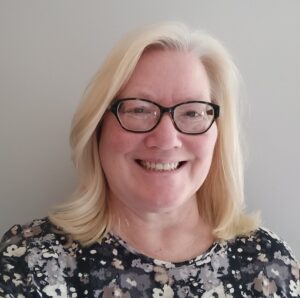 After a career as a high school educator, in both public and parochial schools, Mari is currently serving as the Office Manager at St. John’s. She also serves on the Board of Parish Education and Family Life. Mari, and her husband Eric, enjoy participating in the community of St. John’s. You  may see them ushering on many Sunday mornings. 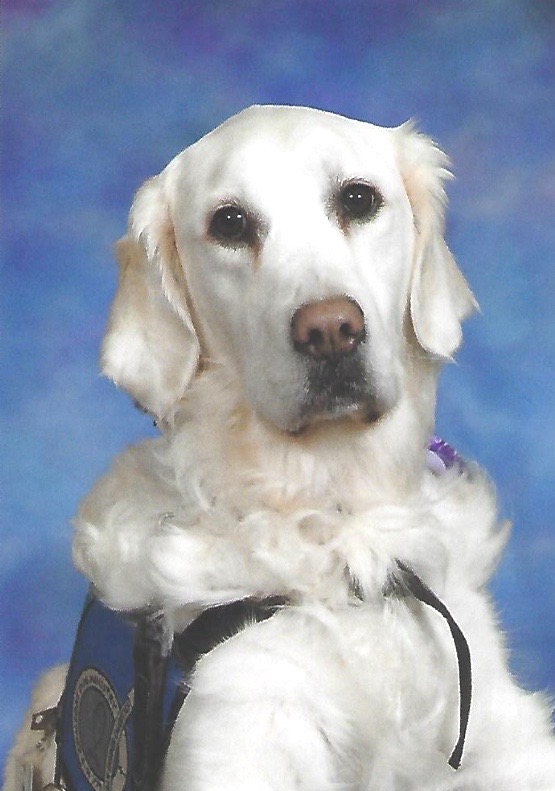 She interacts with people at churches, schools, nursing homes, hospitals, events, and in disaster response situations. LCC K-9 Comfort Dogs are friends who bring a calming influence, allowing people to open up their hearts and receive help.
Angel’s Bible verse is Hebrews 1:14,”Are not all angels ministering spirits sent to serve those who will inherit salvation?”

Angel was born on December 16, 2013, is affiliated with Lutheran Church Charities and is a Female golden retriever.